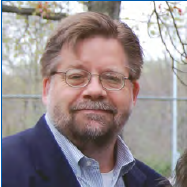 A former award-winning financial journalist who worked at USA Today and other newspapers, Joe extensively covered municipal finance and real estate development for more than a decade. As a marketing and public relations executive, he worked six years for a company that insured municipal bonds, managed municipal funds and provided tax services to the public sector. After seven years with a leading management consulting company, he is now an independent marketing and public relations consultant. Joe is the founder and primary content provider for the non-partisan West Orange Grassroots, founded in 2009 to provide transparency to town financial issues. He devotes extensive time and resources to providing residents with information about major decisions made and considered by our town government.

Joe gives back to the community in numerous ways:

He is a former Unit Leader and Cubmaster of West Orange Cub Scout Pack 54, and he has also volunteered at both the district and council levels.

He is a member of the Saint Joseph's Church Charity Shopping, Soup Kitchen and Eucharistic ministries.

He is a member of the Pre-Cana (Marriage Preparation) Team jointly sponsored by Our Lady of Lourdes and Saint Joseph's churches.

Joe is also a member of the West Orange High School PTA and PASSE, an advocacy group for students with special needs, where he serves as co-liaison to the high school.

He is a past co-president of the Parent-Teacher group at Saint Joseph's School and Marketing & Publicity Chair at its successor group at Pope John.

As a member of the Dapper Dans of Harmony Barbershop Chorus, he's helped entertain numerous residents of West Orange senior homes. He is the past marketing & public relations chair for the group, as well as its past webmaster.

A former NCAA Division III college tennis player, he has taught tennis to youth on and off over the last 30 years.

At his previous residence in White Plains, N.Y., he was active with Scouts, Habitat for Humanity and the Westchester ARC, and he was a tutor/mentor for middle- and high-school students.

A West Orange resident since 2003, Joe is married to West Orange native Clare Silvestri Krakoviak, whose parents Joe and (the late) Alice Silvestri were active members of the West Orange community and Our Lady of Lourdes Church. Joe and Clare have three children.