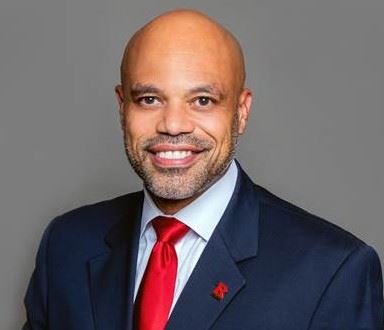 H. William Rutherford III (Bill), is a graduate of Rutgers University with a degree in Economics.  A proud member of Omega Psi Phi Fraternity, Inc., he has been committed to community service his entire life. What started with becoming a mentor and volunteering at a soup kitchen has continued to include service throughout the State of New Jersey.

Bill has been married to his college sweetheart, Toacca, since 2000. They are raising their three daughters, Imani, Malia, and Amali, in West Orange where they have resided since 2001.

In 2002 Bill was licensed as a Baptist Minister and became Pastor of Ebenezer Baptist Church in Orange, NJ in 2012. As Pastor Bill has increased the community service of the church to include; expanded food distribution through the food pantry and soup kitchen, a weekly job fair that has placed more than 3000 people in employment since 2017, provision of annual scholarships and support for students studying abroad, incubated two non-profits, offered a free weekly math tutoring program, a court ordered diversionary community service program that has helped more than 100 individuals avoid jail time, among many other things.  He has received many awards and honors for his commitment to education, community service, and religious work. He looks forward to continuing his service as the next Councilperson-at-large in the Township of West Orange.

While basketball, running, and bicycle riding are some of his passions, his greatest is serving people.  Whether in his role as Financial Advisor, Pastor, and now Councilman, Bill has a heart for people.  His work has always been, both personally and professionally, in the service of others.

“And we know that all things work together for good for those who love God, to those who are the called according to his purpose.” Romans 8:28 (NKJV)