History of the Township of West Orange

West Orange was originally part of the Native American Hackensack clan's territory, for over 10,000 years. The Hackensack were a phatry of the Unami tribe of the Leni Lenape. In their language, "Leni Lenape" means, "The Original People." The Acquackanonk sub-tribe were located along the Passaic River. They were part of the Algonquin language family, and known as "Delaware Indians" by the 18th century. They identified themselves with the totem of the Turtle. They were hunter-gatherers, matrilineal, and had cultural traditions such as Wedding Ceremonies. Northfield Avenue and Old Indian Road in West Orange, remain as original Hackensack trails. Their main settlement was where the city of Hackensack is today. They would travel to the ocean or mountains to hunt for food. The Passaic River runs in an upside-down V shape - 8 miles (13 km) west and east, and 13 miles (21 km) north of West Orange. In the centuries prior to industrial development, the Passaic River and Watchung Mountains were major geographic landmarks amidst the untouched wilderness.

West Orange is located at the peak of the Watchung Mountains. This vantage point over the valleys East to Manhattan - had a strategic value for Leni Lenape warriors, and later George Washington's troops during the American Revolution. The wooded South Mountain Reservation has rocks shaped like the backs of large Turtles. The area is now known as "Turtle Back Rock Picnic Area" and gives its name to the Turtle Back Zoo. The Turtle Back Rocks were considered sacred to the Native Americans, as related to their Creation myth of "Turtle Island". "Turtle Island" is the Native American name for North America. In the creation myth, the world was created from a turtle's back.

The Native Americans originally did not understand the concept of "land ownership". They consisted of many hunter-gatherer tribes who would overlap territories and occasionally had tribal wars, but did not "own" land. They believed in taking only what was immediately necessary from nature, and considering the needs of the next seven generations. This hospitality at first benefited the European settlers, who struggled in the wilderness after reaching North America's shores. In the 1500s and 1600s, the territory was disputed and transferred many times between the Hackensack, Dutch, Scottish, Swedes, and English colonists. Due to the wars between the Native Americans and European settlers, most European settlers stayed East of the Hudson River. In 1664, the English took possession of Dutch New Netherland. On October 28, 1664, The English purchased 500,000 acres of land from the Hackensack, from Staten Island to the Passaic River on the North to the Raritan River on the South, for about 154 English pounds. This is known as the "Elizabethtown Purchase."

In 1666, Puritan Captain Robert Treat moved south to New Jersey from Connecticut and purchased a tract of land from Governor Carteret, west of the Passaic River and 8 miles (13 km) east of what is currently West Orange. However, the Hackensack tribe disputed this purchase, and said it was not included in the Elizabethtown Purchase. On July 11, 1667, Treat settled the purchase through Samuel Efsal, a Lenni Lenape interpreter. He then founded "New Ark" or Newark, establishing it as a Puritan theocracy, as had been done in Milford, CT. The Newark territory kept extending West as the English overthrew the Dutch and claimed or purchased more Hackensack territory. This expansion was effected primarily by individual property owners, who would purchase tracts of land bit by bit. Sometimes they would name it after themselves or where they were from in Europe. Often the borders were not clearly defined, and few if any maps remain.

By the 1700s West Orange was known as part of the "Newark Mountains". During the American Revolution, the Valleys were populated by farms and mills. The area on Main St now known as "Tory Corner" was called Williamstown, after two brothers Nathaniel and Benjamin Williams. Nathaniel and his two eldest sons were Loyalists to the British crown, and gathered other Loyalists for meetings. Nathaniel took his eldest sons James and Amos to join the British Army in 1777, and never returned. Meanwhile, Nathaniel's wife Mary Williams stayed on the farm with her younger children. Her farm house had been built in 1720. She gave freely to Washington's revolutionary troops. James finally returned to the farm decades later, to reunite with his mother Mary. Nathaniel and Amos never returned. Nathaniel died of smallpox in New York. A plaque to Mary Williams was erected by the Daughters of the American Revolution in 1922.

West Orange was initially a part of Newark township, and remained so until November 27, 1806, when the territory now encompassing all of The Oranges was detached to form Orange Township. On April 13, 1807, the first government was elected. On January 31, 1860, Orange was incorporated as a town, and on April 3, 1872, it was reincorporated as a city. Almost immediately, Orange began fragmenting into smaller communities, primarily because of local disputes about the costs of establishing paid police, fire and street departments. South Orange was organized on April 1, 1861, Fairmount (an independent municipality for less than one year that was later to become part of West Orange) on March 11, 1862, and East Orange on March 4, 1863. West Orange (including what had been the briefly independent municipality of Fairmount) was incorporated as a township on April 10, 1863, and was reformed as a town on February 28, 1900. In 1980, West Orange again became a township to take advantage of federal revenue sharing policies that allocated a greater share of government aid to municipalities classified as townships.

The township derives its name from William III of England or William IV, Prince of Orange, which in turn is derived from the city of Orange.

The Eagle Rock Reservation borders West Orange and Montclair. It was home to many eagles. It currently is the trail head for the Leni Lenape Trail. Rock Spring is located at the bottom of the Turtle Back Rocks - currently at the corner of Northfield Avenue and Walker Road, West Orange. The water from this Spring was considered to have healing powers since Native American times. By the 19th century, visitors from New York City would come to West Orange to drink the water from this spring for its supposed curative powers. West Orange became a resort or country retreat - with boating, fishing, and an Amusement Park at Crystal Lake near Eagle Rock Reservation. In 1901, the first uphill Automobile test took place called the Eagle Rock Hill Climb. 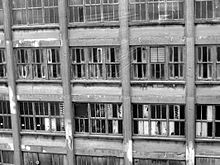 Llewellyn Park, the first planned community in America, is located within West Orange, and was designed by entrepreneur Llewellyn Haskell and architect Alexander Jackson Davis in 1857. Llewellyn Park is considered among the best examples of the "Romantic Landscape" movement of that period. Thomas Edison was one of the many residents. Thomas Edison Laboratory, currently a National Park, invented 1093 patents including the Light Bulb, Stock Ticker, and Recorded Sound. The laboratory grounds also include the Black Maria - America's first movie studio, the birthplace of Hollywood. In the late 1800s, the Valley region of West Orange was home to 34 hat factories, known as the hat making capital of the country. It is currently under redevelopment as "Hat City" or "The Valley Arts District". Until 2007, the Orange Quarry Company was located in West Orange, where basalt was mined. Post-World War II, there was a real estate development boom in West Orange. In the 1960s, "white flight" from the Newark Riots and Civil Rights Era led to further settlement of West Orange. The 1970 opening of I-280 highway made West Orange a popular "bedroom community" suburb for commuters to New York City. This coincided with the US immigration laws re-opening to Asian immigration in 1965, and 1980's desegregation of American suburbs. By the 1990s, West Orange had become the "melting pot" of America - home to a very diverse and international community. Many of the industries that had made West Orange grow, left the area by the 1960s. This left some urban blight and abandoned warehouses in the Valley, in contrast to wealthy communities on top of the mountains.